Over the past few months, Soulja Boy (DeAndre Cortez Way) has been precariously making headlines. Last fall, he announced his entry into the foray of video game consoles, supposedly releasing his own home and handheld devices called the SouljaGame, nothing more than bootleg hardware loaded with pirated games and manufactured in China. He promptly met the ire of video game giants like Sony, Nintendo, and Square, and his site quickly came down.

Last month, Way announced that he wasn’t quite done yet, and he released another handheld. This attempt lasted less than a week before it was taken down. Way still is not done. He recently created a new website, Soulja Electronics, to sell his “Soulja” branded electronics.

To be clear, Way created a website where he lists products that do not belong to him, ascribes his own “Soulja” brand to each product, and sells them at a markup. When a customer orders from his website, Way places the order on the manufacturer’s website, which will send the product directly to the customer. Way will then pocket the markup.

This convoluted escapade looks like it could come right out of a first-year law school exam. It touches on business regulation, consumer protection, and trademark and copyright law. No part of this sounds scrupulous, and it is a lot to unpack. I want to analyze this from a purely legal perspective and discuss the legality of each link in the chain:

Drop Shipping: The Sale of Goods Belonging to Another.

At first glance, this practice sounds unethical and possibly illegal. However, the practice of “drop shipping” is generally perfectly legal. Dropshipping is when a seller, the drop shipper, receives orders from a customer and then places those orders from a manufacturer or distributor, essentially acting as a middleman and charging a higher price. This is different from a retailer who buys products wholesale using their own capital to sell to consumers. A drop shipper never possesses or transports the product and places the order for the consumer using the consumers’ own money.

Why not buy directly from a manufacturer at a lower price? Some manufacturers cannot be bothered with retailers and distribution lines, and some cannot manage. For example, I decide to produce a line of plain white t-shirts. Sadly, no one buys my “Fat-Tees.” However, Kanye West decides he wants to sell them. He buys directly from me at a standard price and turns around to charge a markup. We have a sales boom between his fan base and his ready access to distribution infrastructure and marketing. I earn a profit from each sale, and Kanye pockets the markup. Everybody wins.

Some sites act as safe havens for drop shippers, like AliExpress, Dropified, and Dropwow. You can also find drop shippers on major sites like eBay and Amazon, but there is slightly more policing.

However, what is most important is that courts consistently recognize the legality of drop shipping as long as the goods were obtained legally in the first instance. See, e.g., In re SRC Liquidation, LLC, 573 B.R. 537 (Bankr. D. Del. 2017).

If the actual act of selling a product on behalf of another is legal, what about the act of ascribing your own brand and purporting that it “belongs” to you? This practice, called “white labeling,” is also generally OK. White labeling gets very complicated when dealing with trademark and copyright, which we will discuss below. But for now, suffice it to say that white labeling is an everyday occurrence and generally legal.

Companies typically “white label” generic, mass-produced products sold to different companies that brand, market, and sell to consumers. Who really makes store-brand cereals? Companies like Organic Milling and Mulder Natural Foods, known as “private labels,” make the actual cereals. They sell them to different stores that sell them under their own brand. This practice is prevalent among generic electronics like DVD players and televisions and software and internet programs. Like the ones listed on Way’s website, such generic electronics are typically manufactured without any brands and logos, and drop shippers are free to apply their own brands.

This is exactly how Way set up his electronic store. For example, he lists the “Soulja Tablet” at $129.99, described as a 4GB “Tablet PC.” This is actually a Q88h All-in Tablet, listed on Amazon at $42.10 (and being sold by another drop shipper). The “Soulja Portable Speaker” listed at $14.99 seems to be a cheap USB speaker under multiple listings at AliExpress for about $5. The “Soulja Waterproof Bluetooth Stereo Speaker,” listed with the model number “Bluetooth Speaker,” sells for $19.99. The same product is listed on ChinaBrands.com for $5.43.

Every product listed on his site is cheaply-made, knock-off manufactured in China, white-labeled, and drop-shipped at a substantial markup.

Trademark and Copyright Infringement: Misusing the Intellectual Property of Another.

The tenuous legality of drop shipping and white labeling completely gives way when sellers cross the line into trademark and copyright misuse.

Copyright protects original works created in a “fixed” form like books, songs, and video games themselves. See 17 U.S.C. § 102. Copyrighted works are protected for the author’s entire life, plus an additional 70 years (or up to 120 years for anonymous works). See 17 U.S.C. § 302. However, all copyrighted works will eventually find their way into the public domain, legally “owned” by the public.

On the other hand, Trademark protects “words, names, symbols, sounds, or colors that distinguish goods and services from those manufactured or sold by others….” Logos, business names, and slogans fall under trademark protection. This includes video game characters. Trademarks can potentially last forever, as long as the trademark is used in commerce and defended against infringement. See generally 15 U.S.C. Chapter 22. This is exactly why companies like Nintendo and Sony vehemently pursue trademark litigation—if they do not protect their trademarks, they can lose them forever.

In the case of video games, both copyright and trademark protections apply. Take Mario, for example. Super Mario Odyssey is a copyrighted work. Mario, Peach, and that weird Roomba that hangs out with Toad are all trademarks. Even the Super Mario coins and that famous “di-ding” are trademarked.

The Supreme Court articulated that they legally own that specific copy when an individual purchases a trademarked or copyrighted work. They have every right to sell it to someone else. See Kirtsaeng v. John Wiley & Sons, Inc., 568 U.S. 519 (2012). This is because copyright protection only extends only to the “first sale” of a copyrighted work, as long as that first sale was legal. Thereafter, the owner can do whatever they want with that specific purchase. It does not matter if you are selling your old copy of ET the Extra-Terrestrial on eBay or if you buy thousands of PlayStations or even textbooks (as was the case in Kirtsaeng). At the end of the day, the copyright holder still gets paid a fair price for a copy of their work.

But Way’s conduct was slightly different. He wasn’t just selling video games; he drop-shipped pirated copies of protected works and affixed his own brand to the very same. This conduct was very much illegal.

The SouljaGame Handheld and Console were manufactured under the label Anbernic, owned by Shenzhen Yang Li Ming Electronic Technology Co., Limited, a Chinese manufacturer of knock-off goods. Under the original listing on AliExpress, the console allegedly comes pre-loaded with 800 “classic games” and is advertised with images of Street Fighter IV, Tomb Raider, and Tekken 5. In fact, this sort of intellectual property misuse by Chinese entities is very prominently a subject of the recent trade talks between the United States and China.

YouTubers OzTalksHW and Spawn Wave gave us an in-depth look at the devices. They are pre-loaded with emulators for Gameboy, Super Nintendo, PlayStation 1, and the NeoGeo. This includes pirated copies of 843 games owned by well-known developers like Nintendo, Sony, Capcom, and Square Enix.

No question manufacturing these devices is a clear violation of trademark and copyright protections. See, e.g., Stern Elecs., Inc. v. Kaufman, 669 F.2d 852, 853 (2d Cir. 1982). It infringes upon the exclusive rights listed under the United States Copyright Act. See 17 U.S.C. §§ 106, 501. These are illegal copies of intellectual property sold without authorization from the trademark owners. The ROMs themselves were also likely obtained illegally by circumventing the games’ built-in copyright protection systems, which is another infraction in and of itself. See 17 U.S.C. § 1201.

The question is whether this conduct can be imputed onto Way. This is where things get tricky. Way did not manufacture these goods. He was not the one who pirated the games. He never possessed or shipped these consoles. He brokered the goods by acting as a middleman and facilitating a purchase by a separate seller and a separate consumer. He never bought, sold, possessed, or transported any of the merchandise. This is essentially the substance of Way’s legal argument, and it more than likely fails.

His conduct likely falls squarely within the Lanham Act, the primary federal statute which protects trademark owners from misuse of their intellectual property. The Lanham Act establishes a civil cause of action for trademark owners against those who infringe their intellectual property. See 15 U.S.C. § 1125. This includes the unauthorized “transportation in commerce,” that is, the sale, duplication, and importation of a trademark.

The fact that Way brokered the goods on behalf of the “actual” infringer would more than likely not absolve him of guilt. Instead, courts have expressly held that the actions of a broker, much in the same position as Way, will still constitute “transportation in commerce” pursuant to the Lanham Act. See, e.g., Nike, Inc. v. E. Ports Custom Brokers, Inc., No. 2:11-CV-4390-CCC-MF, 2018 WL 3472628, at *6 (D.N.J. July 19, 2018). What this means is, notwithstanding Way’s tweet that Nintendo won’t sue him and “nothings going to happen everything is legit…,” the law disagrees.

In retrospect, Way was very fortunate that his store was shut down so quickly. He could have faced criminal charges on top of mounting litigation from numerous companies. Though his current store may not seem the most forthright, it seems that his current business practices are within the law.

Like what you see? Consider supporting more work like this through our Patreon page. Tiers include $1 a month. That’s it and it helps us grow and produce more quality content without ads, sponsorships, or other things you hate. 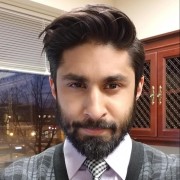 Do We Still Need Console Exclusivity in 2018?

Playing Pokémon GO on Campus in 2019

Apex Legends is Not The Battle Royale For Me