Writers of Culturedent put together a shortlist of the top 5 villains of The Witcher Games. The list is in no particular order because the world of The Witcher is too big and contains too much evil that is within this world. Therefore we can not put every “bad guy” on the list because the list would be at least 5 pages long.

We picked up those most interesting, best-written, and overall most evil characters stuck in our minds.
There are few honorable mentions. Yet again, only The Witcher games themselves contain so much we cannot put everyone and everything in. Also, be careful; there might be some spoilers.

Azar Javed, the Zerrikanian sorcerer and leader of Salamandra is one of the deadliest foes Geralt has ever faced. Adept with magic and swords, it took Geralt and Berengar to take him down, with the only Geralt surviving the fight. Azar Javed remains mysterious throughout the game and is known very little of him. Azar was uniquely responsible for the theft of the witchers’ secrets.
He’s delightfully evil with his very own evil crony in the form of the Professor and loves the sound of his own voice. We can’t blame him; he’s got a great voice.

Whoreson Junior is one of the nastiest characters you can meet within The Witcher 3: Wild Hunt. His disgusting perversion, cruel nature, and behavior made him very memorable.
More so when he is linked to the main story and Ciri herself.
Within the game, it is portrayed many times that he truly is one of the evilest people. His murdering madness against all and women especially is beyond comprehension and leaves many questions unanswered. Luckily you can give him what he deserves one way or the other.

3. The Ladies of the Wood

The “Ladies of the Wood,” lovingly dubbed as The Crones, are a horrifying cast of characters residing in the swampy outskirts of Velen. These ladies’ bizarre and frightening character designs indeed leave an impression. Even Geralt’s first meeting feels ripe with underlying evil energy. Their gurgling voices task Geralt with killing the ghost in the Whispering Hillock, but ultimately, the decision is yours.
As the plot unfolds, you learn the tragic truth that the people of Velen rely on the magic provided by these terrifying monsters for various reasons.

They were also the first big boss battle in the Witcher 3 series, by the first big boss battle, meaning the first battle to put all the skills you’ve learned so far to the test.
The fight was challenging because you need to fend off three of the Crones. Each is balancing skills the other lacks, so it becomes a challenge
to defeat all three.
The Crones seem to be at first glance a tapestry, but once threatened, they transform into their proper form, misshapen monstrosities.
This makes them fantastic antagonists for the Velen story arch and is some of the most memorable, disturbing, and evil characters you meet along your journey.

Jacques De Aldersberg was a fascinating villain. The Grand Master of the pro-human group, the Order Of The Flaming Rose, is a pious man almost to the point of insanity. An inheritor of the Elder Blood like Ciri, Jacques is determined to see humanity survive the white frost, no matter how much elven and dwarven blood he has to shed. It’s this crazy resolve that makes him so interesting to fight against and the fact that he was a time traveler as well is pretty damn intriguing. If only he had remembered Geralt’s lessons. He’s also got an even better voice than Javed. They should do a podcast together.

Gaunter O’Dimm is sometimes called Master Mirror or Man of Glass. Indeed this character, due to the storyline, conversations, interactions, and overall presentation, makes him one of the most memorable and one of many discussion-worthy characters of The Witcher world.
The combination of his mysterious persona and derisive pact-making only makes people suffer and the cruelty he treats them. He is portrayed as an evil entity, most likely from another dimension able to control time.

Developers of CDPR (CD Project Red) went with this character so far that only his name in short forms the word G.O.D. which only added to speculations which he really is.
After the release of Hearth of Stone DLC was apparent that the character was planned from the very beginning where you meet him in White Orchard.
He is then also remembered in Blood and Wine DLC, where he is most likely cursed a woman into a Wight.
The cherry on top of this evil entity is the unique way you can actually defeat O’Dimm.

Because of the already mentioned size and vastitude of the world of The Witcher, we bring some honorable mentions but unfortunately, not all of the evil maniacs and “bad guys” of the world.

The Professor is a cunning assassin who was, along with the mysterious mage, Azar Javed, one of the apparent leaders of Salamandra’s attack on Kaer Morhen keeps. The Professor’s trademark is his highly sophisticated choice of words and witty comments. He detests witchers, regarding them as pathetic relics of the past, hampered by their sentimental and romantic notions.

Eredin Bréacc Glas was a commander of an elven cavalry known as the Wild Hunt. As its leader, he was known to most as the King of the Wild Hunt. Eredin was a high-ranking general in his world until he killed the King and became his successor.

The Unseen Elder of Toussaint is guarding the gate between the world of the vampires and the human world, where he ended up during the Conjunction of the Spheres. He is extremely aggressive towards everything that enters his domain, and even other higher vampires must have an excellent reason to disturb him.

Letho of Gulet, also known as the Kingslayer, was a witcher from the School of the Viper. Letho enlisted the help of Iorveth and the Scoia’tael to aid him in his plan to kill the kings of the Northern Kingdoms; to back his claim, the Viper showed Iorveth a head that belonged to Demavend III, the King of Aedirn, whom Letho had previously slain.

Dettlaff van der Eretein, also known as The Beast of Beauclair, was a higher vampire responsible for an attack on the castle and city of Beauclair. Because his beloved so-called Rhena had been abducted and held hostage, the only way to free her was for the vampire to do what the abductors instructed: namely, kill 5 people.

And many, many more. This is indeed just a smudge on the villains from The Witcher world. 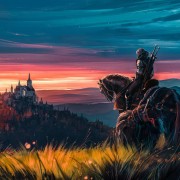 A game fan with all heart and all genres since day one. Massive The Witcher fan of anything related to it, whether it is books, games, or series. What he loves the most is writing great, mysterious and fascinating stories that people can enjoy and have a good time reading them. 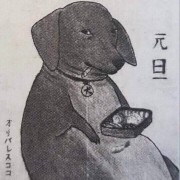 Ashley has been playing video games since before she could read, which is up for debate even now. A wannabe software engineer forcing her way into the gaming industry, what could go wrong? 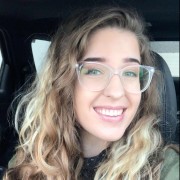 Allison has been playing games since before she can remember and talking to people about them for almost as long. She's a big fan of indies and RPGs, but will play through just about anything. When she's not petting foxes in Ghost of Tsushima or sailing through the Great Sea in Wind Waker, she's probably trying a new recipe or taking a walk with her dog. 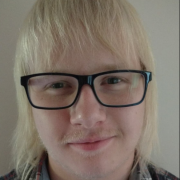