The first thing I did in Tokyo Mirage Sessions #FE Encore was a crucial decision. It asked me if I wanted to allow Tsubasa to wear glasses. TMS wasn’t discrete when it said it was recommended for eyewear connoisseurs. As someone who wears glasses, the decision was always going to be a yes.

Welcome to Tokyo Mirage Sessions #FE Encore, a souped-up version of the 2016 Wii U JRPG. Even though it probably has the longest title known to man, the game is fantastic. While our review will becoming in the next week or so, we thought a beginner’s guide would be fun to create. This will be going over everything you need to know before picking it up. So let’s get to it shall we?

As the title implies, TMS is a crossover between the Shin Megami Tensei and Fire Emblem series. The game was developed by ATLUS, who are the masterminds behind SMT and of course Persona. TMS is very much like those previously mentioned games while also incorporating characters from Fire Emblem. You’ll notice attacks such as Zio, Bufu and other skills that have been featured in other ATLUS projects. If you are a fan of those sorts of games, TMS is definitely worth looking at. The Fire Emblem side of the table is interesting, albeit hard to describe. Essentially the Fire Emblem characters are like that of the Personas from the series of the same name. However, in this game they are known as Mirage’s and essentially do the same thing. There are a lot of references to the FE series, mostly in its music and design. So overall, there’s something for everyone.

Tokyo Mirage Sessions #FE Encore is a turn-based RPG. Players will explore dungeons, fight monsters and defeat insanely strong bosses. Outside of this you’ll be exploring real-world Tokyo, but we will get to that in a little bit. There are three-difficulty modes in TMS, so it’s worth thinking about your experiences with JRPG’s. As a massive ATLUS fanatic, I can inform you that these games are not easy. So, do not be ashamed to play it on easy. Even on that difficulty level, there is some challenge to be had. During combat you’ll be combining physical attacks and skills to defeat your opponent. Like I said earlier, these abilities will be themed around the games source materials. Sessions are also a unique mechanic in the game. If you use an attack that an enemy is weak against, your party members can use a follow up attack. With the right set up, you’ll be able to maximize the effectiveness of this.

The Switch version of TMS has seen a bunch of additions compared to the original. Encore includes new story content, party members and plethora of new musical arrangements. There is definitely a lot more content to sink our teeth into, so if you’re a returning player there might be something for you too. Oh and of course, it’s now portable! No more Wii U game-pad which is a relief.

When you’re not exploring the dungeons known as Idolspheres, you’ll be in real-world Tokyo. Here you’ll be using what money you’ve earned to buy items and much more. This mode will also allow you to interact with other character’s using the Topic social channel. Topic allows you to read messages from the rest of the cast, which will give you a better understanding of their personalities.

The most revolutionary game mechanic, letting a young girl wear glasses. When I booted up the game for the first time and saw this, I chuckled. It’s not something I’d normally expect from an opening settings sequence of a game but I’m glad it’s there. Now, if you’ll excuse me I’m going to stare at those nice pair of spectacles.

And there you have it. A brief guide to better understanding what Tokyo Mirage Sessions #FE Encore is all about. It’s a JRPG with a lot of charm and is definitely worth picking up. For the purposes of this article, we refrained from spoiling anything story related. This is a game that must be experienced first-hand so we didn’t want to ruin that for you. Our review will be arriving sometime in the next few weeks as it is a massive game to tackle. Tokyo Mirage Sessions #FE Encore is available now for the Nintendo Switch. You can purchase the game here.

A copy of Tokyo Mirage Sessions #FE Encore was provided by Nintendo. 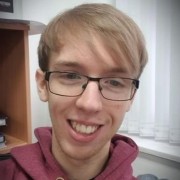 Top 10 Most Badass Women in Gaming