With Naughty Dog’s The Last of Us 2 (hopefully) around the corner, it’s only fair that I do a review for a game I just finished 23 hours ago. I don’t entirely know why I didn’t pick this up when the game was first released. I suspect it may have had something to do with the fact that zombies have been rehashed countless times. The Last of Us tells a captivating story well, despite the genre being over done by countless TV shows, movies and games alike.

Warning – Spoilers for plot elements of The Last of Us are present here. Do not read further if you haven’t finished the game.

Let’s start with my criticisms about the game. The controls are clunky and the camera is very sensitive; you can easily get dizzy by flailing your point of view around. The graphics are poor (compared to last year’s games) and there are a LOT of clipping errors, such as Joel managing to disappear into the terrain when he falls over and dies. Additionally, enemy legs will clip obstacles, and you can run through plants without causing them to move. A specific detail that bugged me was how Ellie was able to brazenly run past enemies (right in their field of view) and not be detected. It turns out, the developers had turned off her visibility to enemy AI to help us gamers out.

A significant issue I had with The Last of Us, was how the writers handled killing off Sarah in the prologue. You would think with the right training, police and the armed forces would try evaluate a situation before firing their weapons. I had to rewatch this sequence to try and glean a better understanding of why the soldier started shooting a wounded man carrying a child. Using logic, you would think that if someone had become infected, they would become hostile, stagger around and probably charge at you. Joel was not doing any of these things, in fact he appeared afraid. Sure logistically speaking, Sarah does have to die to move the plot forward, but at least write a more believable way of her demise.

I was a little confused about the point of the fireflies also. The Fireflies were there to revolt against the government because of its quarantine set up and military rule. It did feel like the government was barely managing to protect civilians against the infected and needed help in restoring civilization. The Fireflies felt a bit unwarranted for me as I couldn’t understand exactly WHAT they were escaping from. Isn’t it safe to assume the government is already looking to return to normal civilization and find a much needed cure for this infection? I just felt that the Fireflies and the Government were against each other, but had the same exact goals. I would begin to understand if it was a Democracy vs Dictatorship government war but this just felt ridiculous to me.

Now lets dig in to the good parts! I was impressed with this particular detail. You can’t auto lock on your enemies when you fire and your aim definitely feels like you’re staggering as you fire. Joel cant seem to hold his gun properly and fire accurately because he wasn’t trained to fire a gun properly, so of course it’s going to be harder to fire guns. I loved this kind of character immersion and I definitely loved the meaty sounds (I think I’m a murderer guys) your punches made when they landed, they were just so satisfying to hear. I thoroughly enjoyed the stealth tactics and take-downs you could utilize to get past enemies.

The story does a great job of making you cry, I wasn’t here to see a Pixar movie! I wanted to play a game and feel satisfied after shooting up stuff! (Yep. I’m totally a murderer). The acting on Joel’s part in the prologue definitely does a great job of pulling your heart strings. The hardening and sarcastic personality of Joel is definitely explained with the prologue as well. You can see how and why he became who he was for the first few hours of gameplay. The characters, especially Tess and Ellie, will grow on you much like the infection, only for the better.

The distinctive different categories of zombies are a great change of pace. There’s a variety of methods for killing different types of infected including the clickers which just sound as nasty as they are. The game also encourages using the environment to your advantage to hide; utilize new weapons such as broken bottles and stealth your way past each chapter. The backstory as to how the spores came along, adds a new layer to the story that few other apocalypse  games bother to explore. The ending of the game has a bit of a downer ending when you discover that there may not be a way out of the apocalypse. For me, this costs this game valuable points.

The controls and animation in The Last of Us have major problems that  can easily throw you out of the story. The details that define each character rounds out the cast very well and helps to immerse you into the narrative. The story does have a few predictable cliches here and there and you can probably sniff out how the story will go after a few hours of gameplay. The story is executed well, especially with so many likeable characters within the cast. At the end of the day, the gameplay was mostly consisting of restore health, kill a few baddies, hide, watch an amazing cutscene then repeat.

Unfortunately, I am of the unpopular opinion that this game is OK. It’s not “bow down to the ground and sacrifice a few lambs” amazing and it’s definitely “not set this on fire and throw it off a cliff” terrible. There isn’t much there that is ground breaking and it certainly doesn’t need a replay since you know what the story is. The characters, (as previously mentioned) carried the story well and were memorable. Other elements of this game were significantly lacking, which is why the score for this game is relatively lower than a lot of other reviews around. I do have high hopes for The Last of Us 2 though, as the trailers look promising.

Tags
Naughty Dog Sony The Last of Us 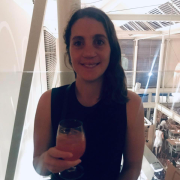 I have high hopes for this game too. I was initially shocked at the score of the review, but I see where you are coming from now. It does have a great story and I really hope Last of Us Part 2 can utilize the potential of the PS4 pro and be a much smoother game.

Im glad you agree, Daniel, the trailers have given me very high hopes for the sequel

While I can acknowledge some of the points stated, I think the score doesn’t do justice to the game.

For example, I disagree that there’s no point to replaying it since there are a ton of collectibles that add to the lore and hunting them down is so much fun (if a bit infuriating at times, though). Plus, replaying it on the hardest difficulties makes for a completely different and extreme gameplay experience.

Also, I myself didn’t find the gameplay bugs so severe, but that may be because I played the game so long ago.

Good to know that you mostly appreciate the story, too. It was a masterpiece in that aspect, and the DLCs didn’t fall short either.

Let’s see what TLOU2 has in store for us!

It was very infuriating for me personally! I chalk it up to not having played with Naught Dog’s cover system for long enough in their previous instalments. I peg the animation errors to it being a remaster. The story was outstanding but there were too many errors in gameplay. I am absolutely excited for the sequel.