As a millennial, I long for the days of my early childhood, and just like many out there, those days existed back in (arguably) the best decade for a kid: the 1990s.

Who can forget the days of yore where everyone was either wearing a bomber jacket or overalls. With their fanny pack tightly wound around their waist. You could walk around the mall with your walkman or CD player. Blasting the most popular music at the time, like TLC, Nirvana, and Oasis.

This decade also saw the reinvigoration of the video game industry, mostly through Nintendo, PlayStation, and Sega! Well, if you truly miss those good old days as I do, you can relive them vicariously through The Big Con (minus the licensed music).

The Big Con, developed by Might Yell, is a zany coming-of-age adventure game doused in 90s nostalgia. You play Ali, a teenage girl who helps her mom run a video rental store in a small town.

Everything about this game slaps you in the face with 90s throwbacks, from the use of words like “rad” and “totally” to the art style, which is reminiscent of older cartoons such as Doug, with bizarre color choices for each character, ranging from pink skin to green to light blue.

And of course, the color schemes and background design patterns throughout the menus display bright neon colors of pink and yellow, with abstract, random motifs like squiggly lines, circular swirls, and dots everywhere.

The game’s story is pretty straightforward, Ali’s mother, Linda, has fallen into debt with some loan sharks, who are trying to strong-arm her into paying up or risk losing the store.

After overhearing her mother’s predicament, Ali meets Ted, a shady charlatan around her age. He introduces her to the world of thievery, telling her that if she wants to help her mom, tagging along with him is her best chance. Thus begins your escapade. As you travel with Ali across the country, pickpocketing and stealing from random passersby, trying to raise enough money to help save the video rental store.

Along the way, you meet tons of kooky and wacky people, some of whom you can interact with in more ways than one, like negotiating with, eavesdropping on, or giving them something they want, such as buttery mall popcorn or rare, limited-edition sneakers.

The pickpocketing aspect of the game creates the only true form of a “challenge” in The Big Con. It is the primary form of money, aside from selling specifically themed items to an eccentric collector and some NPCs. The mechanic is simple enough, get closely behind a character and wait for the pickpocket prompt to appear.

Once it displays on-screen, hold down the mapped pickpocketing button; once you do, a horizontal bar appears at the bottom, with a shifting arrow hovering over it. In the bar is a purple zone that shrinks as time passes, let go of the pickpocket button while the arrow is over the purple highlighted area, and boom, you’ve successfully pickpocket someone.

And that’s really as complicated as it gets. There’s no stealth involved, meaning you can rob people blind in plain sight of others, and you’ll never get caught.

Of course, should you fumble a pickpocket attempt by letting go of the button while the arrow is not hovering over the purple area. Then you will get busted by the person you were attempting to steal from. When that person has caught you, they will be on high alert. And your chance to pickpocket them will be gone, but even this can be circumvented.

You can find different costume accessories throughout the game, for example, hats, sunglasses, wigs, and mustaches. Once in disguise, you can attempt to pickpocket those who have caught you before. But be careful, as getting busted 3 times total will lead to serious consequences. (I assume you will have to restart an entire game section if this were to happen. I never got caught more than 2 times during an entire segment, so I do not know for sure).

As I said, this part of the game is pretty easy, but it can be made even easier by turning off the pickpocket minigame in the options, which sets the pickpocket function to automatic. This means that with the press of a button, a character will have their money stolen automatically. Allowing for a seamless, low-risk playthrough.

Now, this relaxed gameplay style may sound like a turn-off for players who enjoy a challenge and want their video games to be a gauntlet of difficulty. Skill-determined feats and fast-paced decision testing that pushes them to their limits.

And if you’re one of those gamers, then I’m sorry to say that this isn’t a title for you. The Big Con just isn’t designed to be that kind of game. And I, for one, am okay with that. Because of what it lacks in difficulty, it supplements with personality and charm, which comes from the 90’s aesthetic and great comedic writing and absurd dialogue. And that is not to mention the music and the pop-culture references. Like Burblo, an obvious nod to the Furby craze of the time.

That’s basically what you get with this game: a joyous romp and a chance to travel through time. Back to a time before social media, smartphones, and cryptocurrencies.

A simpler time, reflected by a simple game with lots of charisma. My only real complaint is that the controls can be a bit wonky. It can be hard to interact with certain items or activate certain prompts at times. The animation and movement of characters can be pretty unrefined. Still, I’m willing to look past that since it didn’t hinder my experience too much.

I also wish the game could have been a little bit longer. Still, each level does have a ton of alternative objectives that you can do, and even a secret secondary objective if you can open a certain briefcase. But overall I had a blast (from the past) playing this. And if you’ve been craving a big old serving of nostalgia, then this game will hit the spot in a fun, quirky, and charming way.

Support CultureDent for $1 a month through Patreon. What do you get? The knowledge that you were here before we were cool. Brag about that.

Play this game if you're looking for a neat and quirky adventure game and itching for a nostalgia trip. 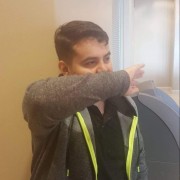