One can argue that Matador is the first real boss in Shin Megami Tensei III: Nocturne HD Remaster. Despite being familiar with the battle system due to playing SMT IV, Matador managed to best me three times. While I do agree that this boss causes a difficulty spike, I also think the battle teaches the player proper team building. Here’s the strategy I used to slay the grim reaper.

After being defeated by Matador, I quickly realized using any demon weak to the force element was out of the question. Matador has the Mazan spell in his arsenal, which is able to hit your entire team with wind magic. In SMT, exploiting an opponent’s weakness will add an extra turn to your battle phase and the same rule applies to your team. You can not afford to grant Matador additional chances to attack you. Not only does the Mazan spell deal decent damage, but the demon’s melee attacks also shouldn’t be underestimated either.

On the other hand, Matador’s Mazan spell can be used against him. Even though the spell will provide him with an extra turn if it strikes a creature weak to the element, it will do the opposite if it hits one resistant to it. Your key to success is to obtain a demon that has the ability to nullify or even drain force attacks. Thankfully, you can recruit the demon Nozuchi, who is located in the Ginza Underpass. You can find him in the area right after you pass the manikin gatekeeper.

You can also nab a Nozuchi through demon fusion via the Cathedral of Shadows, which is the route I took. I did this by fusing my High Pixie and Lilim. This also allowed me to pass on the Media spell to my Nozuchi. This spell restores health points to your entire party.

Before entering the battle be sure to add Nozuchi, at least one demon that knows media and any other demons that aren’t susceptible to force magic to your party. This will drastically decrease the possibility of Matador getting an extra chance to attack(unless he manages to land a critical hit). Also, be sure to bring plenty of chakra drops to help sustain your magic.  At the start of the fight, Matador will use a skill called Red Capote. This ability will raise Matador’s evasion and hit rate by four points. I didn’t focus too much of buffs during this fight, since Matador constantly made sure he had the stat advantage. If you attempt to lower his stats he’ll simply cast Red Capote again, or use the Dekanda spell to remove all his debuffs.

Matador’s offense primarily consists of two moves: Andalucia and Mazan. Your biggest opportunity will come from him opening up with Mazan. When this happens, the spell will naturally hit Nozuchi, since it targets your whole party. Since Nozuchi is resistant to force spells, Matador’s entire battle phase will end, robbing him of his second turn.

If he starts off with Andalucia, he’ll deal decent damage to only one member of your party. The move is pretty much guaranteed to land thanks to Red Capote boosting Matador’s hit rate. This also cements his second turn which he’ll either use Andalucia again or follow up with Mazan. Don’t worry if Matador attacks you, just be sure to monitor your party’s health and use Media when needed. Use chakra drops to replenish your healer’s magic points so they can keep casting Media throughout the fight. Any time you’re not healing yourself, you should be attacking Matador.

After Matador loses a certain amount of health, you’ll be greeted with some dialogue noting that he’s impressed with your fighting ability. Now you’re officially in the last stretch of the boss fight. At this point, Matador will start using taunt, which lowers the defense of your party but also increases their attack power. His Andalucia attack will now hit your whole team but isn’t as damaging. Continue to attack Matador, healing yourself when necessary.

Eventually, the grim reaper will fall, and you’ll receive the menorah of foundation. 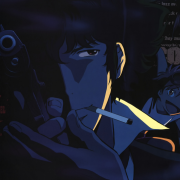 My first passion was gaming so, naturally, I like to play and talk about them. My goal is to show the world how things like games and comics can move, inspire and change someone's life in a positive way. I also enjoy training BJJ and eating great food.
0 0 votes
Article Rating
Subscribe
Login
Please login to comment
0 Comments
Inline Feedbacks
View all comments
Check Also
Close

2K and the Crusade Against Sports Gamers