Turtle Beach and ROCCAT have been ramping up production on their gamer focused accessories. While I love the Vulcan 122 keyboard that I reviewed previously, the new ROCCAT Vulcan Pro TKL almost won me over. The ROCCAT Vulcan Pro did take over as my new main. I’ll preface this with the fact that I’ve never used a keyboard without a 10-key so those that are used to such alien devices will not face the same struggles as I.

So what is the deal with optical keys? Am I right? This is something that I didn’t know needed to exist and I still don’t know that they need to. I will say, however, as someone that has used a wide variety of mechanical keyboards, these keys feel fantastic. For more competitive gaming, the new switch will make a big difference over previous keys.

The Titan Tactile Switch and Titan Speed Switch on the previous Vulcan keyboards came in at incredible speeds but the Titan Optical Switch doubles the lifetime and are 40 times faster. With a Pro and TKL Pro version on offer, you can go with the more compact design or the larger traditional design. My preference is the full sized keyboard as I use the 10-key a great deal.

The fortunate thing with how ROCCAT is rolling out these new keyboards is that they are only different when it comes to form factor. One has the 10 key on the side, the other does not. For the TKL you’ll save about an inch of width and 2.5 inches of length. That’s no joke for smaller set ups, but for me it all comes down to a mixture of gaming and work. I don’t play competitively enough to need the more compact design or a hyper focused keyboard since I use they keyboard for traditional office use at least half my time.

With that said, I was able to do my daily work without too much adjustment with the TKL version, but I prefer the full size board. The keys work and feel the same but the biggest difference between the two is that I have big hands. The smaller keyboard just felt too cramped. For many, that is the norm, for me it was too much.

Regardless of the version you go with, you’ll get a high quality keyboard with plenty of bells or whistles. You get the AIMO lighting system which is just incredible if you are using multiple ROCCAT AIMO devices. Essentially, it is a lighting system that makes the RGB align across multiple devices. This goes from the desk mat, mouse pad, keyboard, mouse and headset in one flowing beautiful lightshow.

ROCCAT has included the Easy Shift [+] in many of the accessories they released over the last few years. It makes a return with the Vulcan series and it shows a good bit of innovation in keyboard design. While we see other keyboards, Logitech comes to mind, include extra macro buttons, ROCCAT has reduced the footprint by allowing any key to be a macro with the Easy Shift [+] key. This gives you much more freedom to customize your needs through the ROCCAT Swarm Software.

While I don’t do a great deal with macros, this is a huge deal for most and something I will continue to play with. Most of the games I play have little need for macros, but there are some more creative ways I could make use of the feature I am sure. It is a simple design and has a wonderful graphical interface.

In addition, the AIMO lighting, volume knob that is able to switch to an FX knob, and a magnetic detachable wrist wrest (on the Pro 10 key) version all add to the premium feel of the keyboard. Of note, you will not get a wrest with the TKL version, but that may be expected since it is designed to have a smaller footprint. Without it though, typing became a chore based on my setup but your mileage may vary.

As I have said many times before, ROCCAT is really nailing it when it comes to accessories and this time is no different. Price may be of concern for some but it is hard to base a review on your wallet. The value is there, but it really depends if the quality necessitates the expense. The ROCCAT Vulcan Pro TKL Keyboard is just not the right design for my particular needs. If it is the right keyboard for you, the TKL comes in at a suggested MSRP of $159.99 USD. For me, the ROCCAT Vulcan PRO ($199.99 USD MSRP) is the perfect keyboard.

The ROCCAT Vulcan Pro TKL was provided by ROCCAT for this review. Accepting codes, hardware, and accessories does not impact our opinions and no agreements are made with the companies about review results. Our opinions are our own. 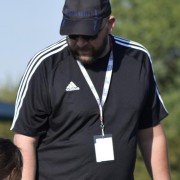