A Breath of Familiar, Yet Fresh Air

Neo: The World Ends With You ticks a lot of boxes for fans right off the bat. The new protagonist Rindo is a nice change from the initial reclusiveness of the first game’s Neku. The demo begins with him going around Shibuya with his friend Fret as they are suddenly surrounded by all sorts of insane things. As they find out they’re part of “The Reapers’ Game”, a week-long battle of life and death. Blissfully unaware of the danger they’re in and thinking it’s all some viral marketing campaign, the two play along, thinking it’d be a fun way to spend a week. This is a fantastic tonal shift from the mystery and fear induced by the introduction of the first game is helped brilliantly by its characters.

Rindo himself is a little spaced out and mostly leaves himself in the background. On the other hand, Fret is headstrong and optimistic, leading Rindo around while clearly respecting him. The two, despite their differences, are clearly on the same wavelength and they have this great chemistry as a result. The third party member, returning character Sho Minamimoto both disrupts and amplifies that chemistry with his knowledge and experience of the Reapers’ game putting him on a different level to the other two and often thinking to himself in the background. The way that Rindo and Fret don’t really talk to him much and just accept his help, despite him clearly having his own plans, makes this great dynamic between the three of them.

The other characters are just as fun. There’s the imposing and loud Susukichi, who is extremely eager to win the game and more than happy to crush anyone in his way. The only other player of the Reapers’ game you come across in the demo is Kanon. She’s a bit more playful and uses her wits to try and outplay Rindo’s team.

The Reapers themselves are just as casual and eccentric as always. New reapers Shoka, Kubo and Shiba all bring their own brand of condescending snobbery to Neo: The World Ends With You’s already brilliant cast, adding to the frantic nature of the Reapers’ Game. Characters aren’t the only new aspect of the game, as a lot has been shaken up in the gameplay too.

A New Perspective for a New Age

One of the aspects I was most excited to see with Neo: The World Ends With You is the way it adapts the 2D look and feel of the DS original into a 3D console environment. The transition is impressive and intuitive, to say the least. Combat is obviously the most altered aspect. The use of touchscreen controls, use of both screens, and even the microphone of the DS aren’t really possible anymore. To compensate for this, Neo: The World Ends With You uses different button inputs for the various pins you find. Each pin’s special move opens up different options. You can use the party to set up for combos, or switch the character you control to avoid damage. The demo isn’t very tough but I can see the potential depth for when the difficulty ramps up in the full game.

The other interesting change is the 3D environments. These rejuvenate a Shibuya that wouldn’t have been as interesting for returning players if the game stuck with the original’s 2D style. Another decision I applaud is the fixed camera angles. The employment of a different shot type in each area gives them each a distinct identity. For example, the 104 building, once just another shop, now has a low-angle shot to put your characters into perspective. Dogenzaka, on the other hand, uses a much longer shot to show as many of its tightly packed shops and restaurants as possible. The variation makes the game feel new, despite the original’s age.

If it Ain’t Broke…

Neo: The World Ends With You’s visual style is mostly unchanged from its predecessor. Tetsuya Nomura’s designs pop up with the same presence as before and the streets of Shibuya still have that graffiti-like abstraction that made the visual style of the original stand out. This extends to the UI and maybe the best achievement screen ever. Laid out as a blank wall, place each accolade down like a piece of graffiti. Little things like that just bring the style together and add to the identity of The World Ends With You. The music is another aspect that is practically identical to the first game. It’s very much the same style of punk/emo-rock that the original revealed in. The combination of new and returning tracks once again tells you that this is The World Ends With You, just as you remember it, and that’s not a bad thing.

Despite the demo only covering two of the seven (and presumably more) days of the Reapers’ game, Neo: The World Ends With You has already lived up to the astronomically high expectations I set for it.

it seems accessible to newcomers, but that accessibility might not last. Things are definitely gonna get complicated as the game goes on if the latest trailer is anything to go by. The Anime adaptation of the original game might help with catching up for PS4 players. If you do go in blind, Neo: The World Ends With You does a good job of easing you in.

The new characters are great and so far. Their sarcastic, playful back and forth is always fun and it’s a nice change of pace from the original game. If you’re not drawn in by the story and characters, there’s plenty to love in the gameplay and atmosphere. I’m now counting down the minutes until the game releases and I couldn’t be more excited.

Neo: The World Ends With You releases on July 27th 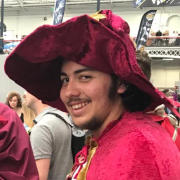 Video games, films and books have absorbed my life for as long as I can remember. The love of engaging stories that these three pillars of my life provide through works like Discworld, Final Fantasy and a whole load of weird films is probably what inspired my similar adoration of writing.
5 1 vote
Article Rating
Subscribe
Login
Please login to comment
1 Comment
Oldest
Newest Most Voted
Inline Feedbacks
View all comments

I’m glad SquareEnix is working in their old franchises again, if the world ends with you got a sequel, Chrono Trigger can have one too.