PC classics are known for their modding capabilities, especially RPGs, with Bethesda’s own Skyrim getting a mod to turn the opening dragon into Tomas the Tank Engine.

Fallout 4 has had its fair share of mods to revive the batteries of the game since it’s launch. Then there are mods as large as Fallout: Miami which recreates Miami in Fallout 4. Well back in December, it was Reddit user DoctWhite who stated their ambition to launch Fallout 2 into the 3D worlds we’ve become accustomed to. Going as far as to state, “Fallout 2 being [isometric] is hard for many to get into because of its 2D view and its extremely outdated engine.” This is true in my own case, as I look at the older Fallout games that I missed with trepidation, as they look as attractive as Steam asset flips.

Well, yesterday we saw an update to what the team has been working on for this past month, with screenshots giving us our first glimpse of the 3D restoration they are working on. This is the first section complete and keen-eyed readers may notice this is a re-creation of Modoc, a small settlement just a short walk from your first town (Arroyo) once you leave vault 13.

The team is looking to recreate the entirety of Fallout 2 from character models, skills, weapons, and quests, meaning you shouldn’t expect Project Arroyo to be completed in just a few months. Though the team is currently looking to expand with DoctWhite stating “If you wish to join our team message or DM me with your skills and we can discuss further.”

Personally, I do not get excited about these types of projects, as they seem too large for a small team to recreate whole games. However, when I saw this in my feed on Reddit my interest was spiked. As DoctWhite stated, some of us would like to go back and play but are put off by dated design choices. As one of the few people who enjoyed Fallout 4, I may have a chance to experience this now PC classic.

After the backlash that Bethesda has received over Fallout 76 and Fallout 4 itself in recent years, I’m sure many classic Fallout fans will be pleased with this mod. DoctWhite’s original post to the Fallout subreddit has seen over ten thousand upvotes, telling us there are at least a few Fallout fans who cannot wait to play this mod and to enjoy the nostalgia or experience the game for the first time. Individually, I wish DoctWhite and the team working on Project Arroyo all the best, and I can’t wait to play their remake of Fallout 2. 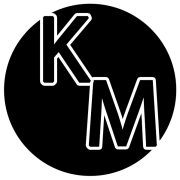 Fallout 2 is probably my favorite fallout game. Seeing it recreated like this would be awesome. Might actually give me a reason to upgrade my PC too ^-^

I’m also looking to upgrade my pc for this one as well. I’ve only heard great things about Fallout 2 which is surprising with an old(er) game such as itself.

This is a really cool change in perspective. I’m not sure that I’d personally use it on Fallout 2 but always like extra options 🙂

As a fan of the later games (minus 76) I can say, I’m far more interested in playing a true fans remake of a game they love than a multiplayer game I don’t.

Bethesda, What Were You Thinking?

Bethesda at E3 2018: Every Surprise You Need to See

The Trouble with Fallout 76