More details on the various release versions of Days Gone have been shared on PlayStation.Blog by Bend Studio’s creative director John Garvin.

Pre-order bonuses from retailers include a voucher to unlock the Drifter Crossbow, as well as upgrades for the drifter bike’s Nitrous, Gas Tank and Shroud.

The Drifter Crossbow hits harder and has a faster fire rate; while the Nitrous and Gas Tank upgrades allow for faster-traveling speeds on the bike, as well as giving players more fuel. The Shroud upgrade gives the bike some extra defense as well.

A Digital Deluxe Edition and Collector’s Edition are available for fans looking to splash out on more Days Gone goodies.

The Collector’s edition includes everything from the Digital Deluxe Edition, including:

A new trailer for Days Gone has also been released, detailing the various locations and environments available in the world.

John Garvin wrote a paragraph about the world of Days Gone in the PlayStation.Blog post, stating, “Traveling the abandoned highways of the Farewell Wilderness is deadly. You’ll pass through thick forests of ponderosa and pine (filled with wolves), venture into naturally formed lava tube caves (filled with Freakers), ride up steep trails to snow-covered peaks offering spectacular vistas (mind the Marauders — and Freakers — and cougars)”.

He continues, “Riding the broken roads through Days Gone offers landscapes that change quickly and dramatically, a living, breathing world — filled with things trying to kill you”.

Which version of the game will you be picking up? Let us know down below. Days Gone is set for release on April 26th, 2019 exclusively for PlayStation 4. 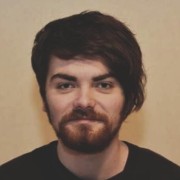 While the patches are nice, i’m really not digging the statue. I think I’ll pass this edition up. Digital Deluxe looks worth it though.

I actually didn’t know much about Days Gone until this post. That said, the gameplay looks great, and I might even consider purchasing the digital release just because of that.

Hope you enjoy the game!

Neo: The World Ends With You Announced Alongside New Anime Trailer

Catastronauts Blasts onto Consoles and PC Later This Year!

Anthem News: What We Know So Far