Hello and welcome to this introductory article on how to get started with The Horus Heresy: Legions card game. I have been playing for about 11 months, and I’m a former Top 50 player and Lodge Master of the Prodigal Sons Lodge; which is one of Legions’ oldest Lodges that is still active. This follow-up article to my review will hopefully have you purging heretics with the best of us.

What is a Lodge you say? A Lodge is a group of players, much like a Guild in say World of Warcraft, who come together to earn points in Events for a group reward at the end of said Events. Lodges are also great for getting valuable advice from fellow players, and getting in some practice matches. I would highly suggest joining one!

Alright, so now that we have all of that out of the way, and assuming you have completed the tutorial, let’s get into it!

What should you do first? There’s Ranked, Friendly, and Event available. To be honest, I would switch the toggle to ‘Friendly’ and jump in, you gain no rewards or rating, but you’ll get to see all sorts of decks, whether they’re competitive or just for fun. After playing in Friendly for awhile, I would suggest using that experience to play an Event run or two.

What is Event? As previously touched on in my review here, Event is a game mode whereby you attempt to win 12 games without losing 3 times. Every 2 games you win will improve the quality of the reward crate you start off with, which will in turn get you better cards. Don’t feel too pressured though, just relax and breathe, because on the lower end of the win spectrum you will still get plenty of coins for new card crates, whereas on the high end you get rarer cards.

Speaking of card crates, let’s talk about your coins and gems, and what is the best way to spend them! So what you’re going to want to do is actually pretty straight forward, you’re going to want to focus solely on the ‘Cards Crate’ that you see in the main Shop tab, and with your gems, you will want to save them to buy Legendaries, yellow bordered cards, which cost 1,600 gems each.

You will primarily want to focus on acquiring cards for the Sons of Horus, Death Guard, Emperor’s Children, and World Eaters which are the four legions found in the Cards Crate, as well as Chaos, Imperial Army, and Mechanicum, which are the three Neutral factions.

Next week I will be taking a look at one of my favorite Warlords, who is also the one you start the game with: Garviel Loken of the Sons of Horus. So stay tuned! 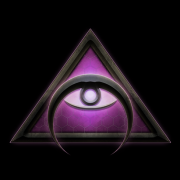