Bandai Namco’s Jump Force looks to be a Japanophile’s dream come true. It gathers up anime’s best and brightest (or at least those under the Shonen Jump umbrella), then turns them into realistic action figures that proceed to pummel each other while screaming a bunch. I can speak from experience having played the game myself at E3. My succinct preview: you hit a button and anime just kind of happens.

But not all anime will be happening in this game. Some worthy franchises will undoubtedly be snubbed and, as an enthusiast of Japanese animation, that’s a shame. But like Ichigo Uzumaki shooting finger gun lasers at his sworn enemy the Blue-Eyes White Dragon, I’m here to set things right…I think. By that, I mean I’ll present a list of characters that would make great additions to the game, despite having as much chance of appearing as I do. Since Jump Force features a series’ main hero as well as their respective villain/rival, I’ll be doing the same with my choices. Believe it!

For years, Avatar fans have incorrectly sworn up and down to me that Nickelodeon’s acclaimed animated series counts as anime. They are objectively wrong, but I’ll throw them a bone this one time if for no other reason than to shake the hornet’s nest of anime diehards. Regardless of which side of the debate you side with there’s no denying that Aang would be a fun character to use. He wields the combined might of earth, fire, wind, water, and heart!  You might automatically assume that the fiery Zuko will take the slot as Aang’s ultimate foe. However, I think we can at least agree that M. Night Shyamalan deserves that honor far more.

Jump Force could use a bit of artsy class and nothing accomplishes that better than shouting out a Hayao Miyazaki joint. I know what you’re thinking: why not go with Princess Mononoke’s San, an actual warrior lady? That might be the “hipster” choice, but my reason is simple: everyone knows Spirited Away. Your anime-averse grandparents know Spirited Away. Isolated pig farmers know Spirited Away (see what I did there?). It won an Oscar for Pete’s sake; it doesn’t get any more mainstream than that. As for how the young Chihiro would actually play…I don’t know, maybe she can throw soot spirits at Frieza or something. Oh, and she’d have to pair with Yubaba who comes flanked with an army of bathhouse employees.

Yes, they’re actually three dudes, but I’m counting them as one unit because, well, they are. Anyways, the longest reigning tag team champions in history are also ginormous anime lovers. They even dressed up as Saiyans at Wrestlemania! Best of all, being a trio means that they’re a ready-made team out of the box. That kind of caps their genre’s quota, but if you need to give them a nemesis, look no further than Kenny Omega and the Young Bucks. If nothing else, this gig beats New Day’s pancake shtick that I still don’t totally get. I look forward to being lectured on how Naruto trading blows Ichigo makes more sense than Sasuke staring down Xavier Woods.

Before I was violently disciplined to differentiate anime from other animated shows, Ronin Warriors was one of my favorite cartoons (don’t hurt me!) of the mid-90’s. A team of five rad dudes suited up in high-tech samurai armor to battle all sorts of evil. They even had their own white tiger named White Blaze! The green Ronin Warrior was the only character I owned an action figure of, so that must mean he was the best one. That immediately earns him a spot in Jump Force. His sworn enemy: the thief kid in 3rd grade that never returned the toy after I let him borrow it for a night. If you’re reading this, jerk, I want my Ronin Warrior back.

The Amazing World of Gumball is one of the most consistently hilarious shows Cartoon Network has ever had (and I grew up on the channel’s golden years). Though technically for kids, it lampoons pop culture with a wit sharper than most adult satire. Season 4 Episode The Fury offers a great example of this by poking fun at the martial arts/anime fandom. Gumball’s mother Nicole feuds with rival mom Yuki over their past lives as fighters. Their rivalry culminates in a spectacular showdown that beautifully riffs on anime tropes while looking as impressive as the genuine article. Let’s see how Nicole, as well as Yuki, would hang against the real deal. To witness them in action yourself, check out the full episode here.

Jimmy Jump – A Soccer Game Near You

Europe’s famed streaker and general crasher of major public events makes the cut for being the most humorous person to turn up in an online search of the word “jump”. The man who once interrupted an award ceremony for Javier Bardem likely wouldn’t hesitate to disrupt Goku’s spirit bomb concentration. I’d keep Jimmy as a secret character who randomly interrupts the game’s epic battles. Maybe he’d try to replace Luffy’s straw hat with a barretina. If players manage to incapacitate Jimmy before he can escape, he becomes available for play.

The story mode concludes with the reveal of Jimmy Jump as the main antagonist and the root behind the crossovers. His penchant for evading long-term arrest broke the time-space continuum, causing all forms of anime to bleed into each other. It’s then that we realize that Jimmy is the Jump in Jump Force.

As for his antagonist, it’d probably be the physical personification of restraint.

Do you have any dumb character choices for Jump Force? Please share them with us in the comments! 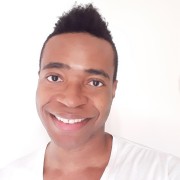 Is this some sort of joke? None of the characters you named are shonen jump characters so obviously they wont appear in jump force.